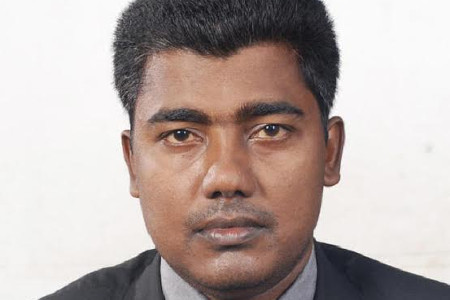 Stephen Sunthararaja, a well-known sociologist and activist involved in civic engagement and movement building activities of CHRD, was arrested on suspicion under the Prevention of Terrorism Act on February 12, 2009, by the Special Task Force (STF) outside CHRD office and was detained for 03 months.

On May 07, 2009 he was released and brought to CHRD office and on his way home he was abducted by men in army uniform in a white van.

07 years since his abduction, interventions made at various levels nationally and internationally have proved in vain.

Stephen is a father of three children who were all under ten years of age when he was abducted. His wife Vathana Sunthararaj is an active members of CHRD’s campaign in ensuring justice for the families of the disappeared.