Following the commencement of the informal discussions by OMP, CHRD begins to aware families of the disappeared 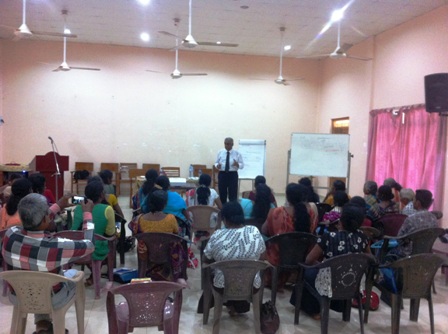 An awareness raising program for the families of the disappeared in the Trincomalee district, was held on May 21, 2018 at Caritas. The program is held following the commencement of informal discussions held by the newly established and functioning OMP. Ms. Ranitha Gnanarajah, Legal Coordinator, CHRD; Fr. Elil Rajan, Human Rights Activist; and K.S. Ratnavale Director, CHRD and Senior Human Rights lawyer were the resource persons.

newly established OMP and the positive and negative aspects of the office were discussed while the families also raised various doubts and sought clarifications from the resource persons.

The highlight of the program was that many of the families revealed that the police or the military had given assurances that their loved ones are still alive and requested money in order to get them released. When some families who had made such payments fully or partly had realized that these assurances were false and it was an attempt to only extort money, they refrained from dealing with them.

Thereafter these families were intimidated and received death threats if they disclose to relevant authorities such incidents of paying ransom.