Lands to be allotted to 190 families in the Iranaitheevu Island 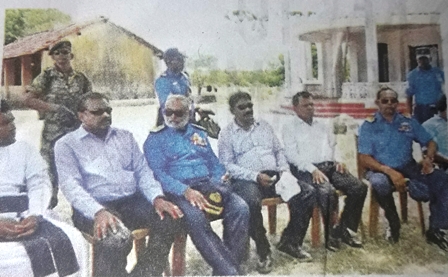 Lands will be allotted to 190 families in the Iranaitheevu island and will be resettled soon stated the Navy commander Rear Admiral Srimevan Ranasinghe during a meeting with the people in the Iranaitheevu Island on May 15, 2018. The announcement was made by the Ministry of Resettlement, Rehabilitation, Northern Development and Hindu Affairs. The Secretary of the Ministry, P. Suresh too was present at the meeting.

However, it is important to note that the Sri Lankan navy still holds a land area of 8 acres which the government states is essential to prevent illegal activities and monitor the shoreline.

Doubts are being raised by many that the navy may restrict the people to access the residential lands. The coastal stretch which is essential for their livelihood should also be free from naval restrictions stated the delegation led by the Chief Minister.