The accountability mechanism has not been handed over to the Government of Sri Lanka - K.S. Ratnavale, human rights lawyer 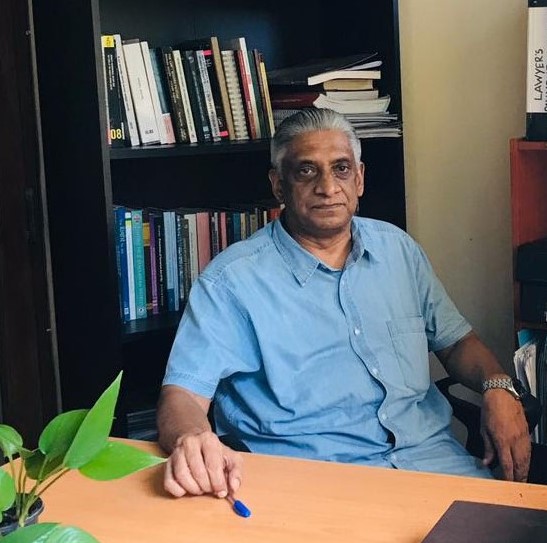 The UNHRC Resolution 46/1 "Promoting reconciliation, accountability and human rights" that was passed on March 23, 2021 despite strong rejection by the government. However, rights groups say the decision is a critical step in gaining justice for victims of war crimes and could have significant implications for the current Sri Lankan government.

In a recent interview with srilankachrd.org, human rights lawyer and Director of the Centre for Human Rights and Development (CHRD) K.S. Ratnavale, shared his insights to the recently passed resolution and what it means to Sri Lanka especially to the victims of the ethnic conflict.

What are your observations on the UNHRC Resolution "Promoting reconciliation, accountability and human rights" that was passed on March 23, 2021 where 22 countries voted in favor while 11countries voted against and 13 abstained?

UN Resolution A/HCR/46/L.1/Rev.1 has been passed with unexpected ease. However, this Resolution has not met the expectation of the victims and the affected families. Their demand is fora referral to the International Criminal Court which will deal with the accountability issue arising from the war crimes committed by Sri Lankan Armed Forces during and after the war. Further several important recommendations made in the Report of the UN High Commissioner for Human Rights Michelle Bachlete have not been included in the Resolution. However, there is a positive aspect in the Resolution which provides for collection of data and information of the crimes committed and for which purpose an office will be created. This may be a preliminary stage prior to any meaningful international investigation.

What will the Resolution 46/1 mean to Sri Lanka?

Sri Lanka seems to stand isolated than ever before. Having committed large scale war crimes, the GoSL has over the years completely denied any wrong doing whatsoever. There is not an iota of repentance, regret, grief or guilt among the Sinhalese people or politicians on the atrocities committed to the Tamil people in the country.

What is foremost in their minds is to brush it off as what happened is a thing of the past and that the Tamil people have to endure it. Sri Lankan Forces have won the war and therefore the defeated people must accept the winners’ justice seems to be the mindset of the Government.

This triumphal and supremacist idea of the Sri Lankan people has been severely dented and had received a strong rebuff from the decent and enlightened international citizens. Sri Lanka finds itself as a pariah state in the eyes of reasonable people.

How can Sri Lanka engage constructively with the OHCHR to implement the recommendations of the Resolution 46/1?

Provisions have been made in the Resolution to gather evidence, data and material of the crimes committed by the armed forces. However much the extremists and racists element in the country may shout, GoSL has no option other than to meaningfully cooperate with the mechanism to redeem its lost reputation even at this stage. Coexistence is possible only if justice is meted out to the suffering victims who very resolutely campaigned for the offenders to be punished.

There is widespread speculation that the accountability mechanism has been handed over to the Government of Sri Lanka; if so, what would be the fate of the victim communities? How can we ensure justice for victims?

This is wrong. The accountability mechanism has not been handed over to the GoSL. It will be the UN Office that will be directly handling the proposed mechanism. Victims may be able to be assured of justice since the entire matter will be handled by the Office which will operate from outside Sri Lanka.

With the diminishing democratic space for civic engagement, what would be the role of the civil society in terms of this Resolution 46/1?

Civil Society has an important role to play. It must educate the people of Sri Lanka on the need for reconciliation based on justice and accountability. There is a canard spread by racist elements that this is an international conspiracy, and the Resolution is the outcome. It is not so. The demand for external and independent mechanism came from the victims, the families of the enforced disappeared and affected families all clamored in unison that they wanted accountability. This is acry from the heart of the suffering local populace and not from external elements such as the Diaspora, INGO’s or the Western World. The people wanted it and they desperately need it.

K.S. Ratnavale, attorney-at-law is known for his work on accountability and justice for victims of enforced disappearances and victims detained under the draconian Prevention of Terrorism Act(PTA). His services towards the marginalized communities spans over 04 decades.