Chairman of OMP promises to release the list of surrendees 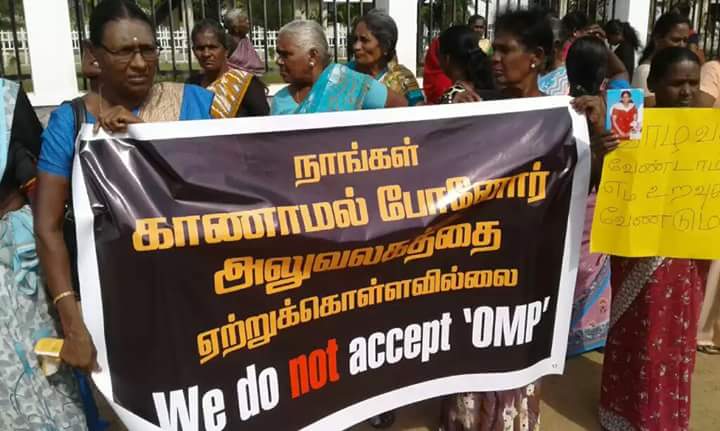 It is important to note that following the discussion the Chairman, OMP Saliya Pieris explained matters discussed with the families that were protesting outside.

It is important to mention that during the discussion the Chairman, OMP assured that the list of the surrenders will be released in the event if any requests are given to the OMP in writing.

On February 17, 2016 Mullativu Magistrate ordered the Commander of the 58th Division of the Army to submit to the court before April 19, 2016 a list of LTTE cadres and others who surrendered to the security forces in Vattuvahal area in Mullaitivu during the final stages of the war.

The Magistrate gave the order when the Commander of the 58th division admitted that the list of the surrendered people is available at the Mullativu camp. The commander admitted this before the Senior Counsel K.S. Ratnavale who cross-examined Major General Chanakya Gunawardena. This is the first time the Army or the Government made a statement that such a list of the surrendered cadres and others exists in the Mullativu camp. However, the Army failed to submit the said list.

Now the Chairman of OMP has also pledged to release the list of surrendees within two months and many are skeptical whether the OMP would fulfill its promise.